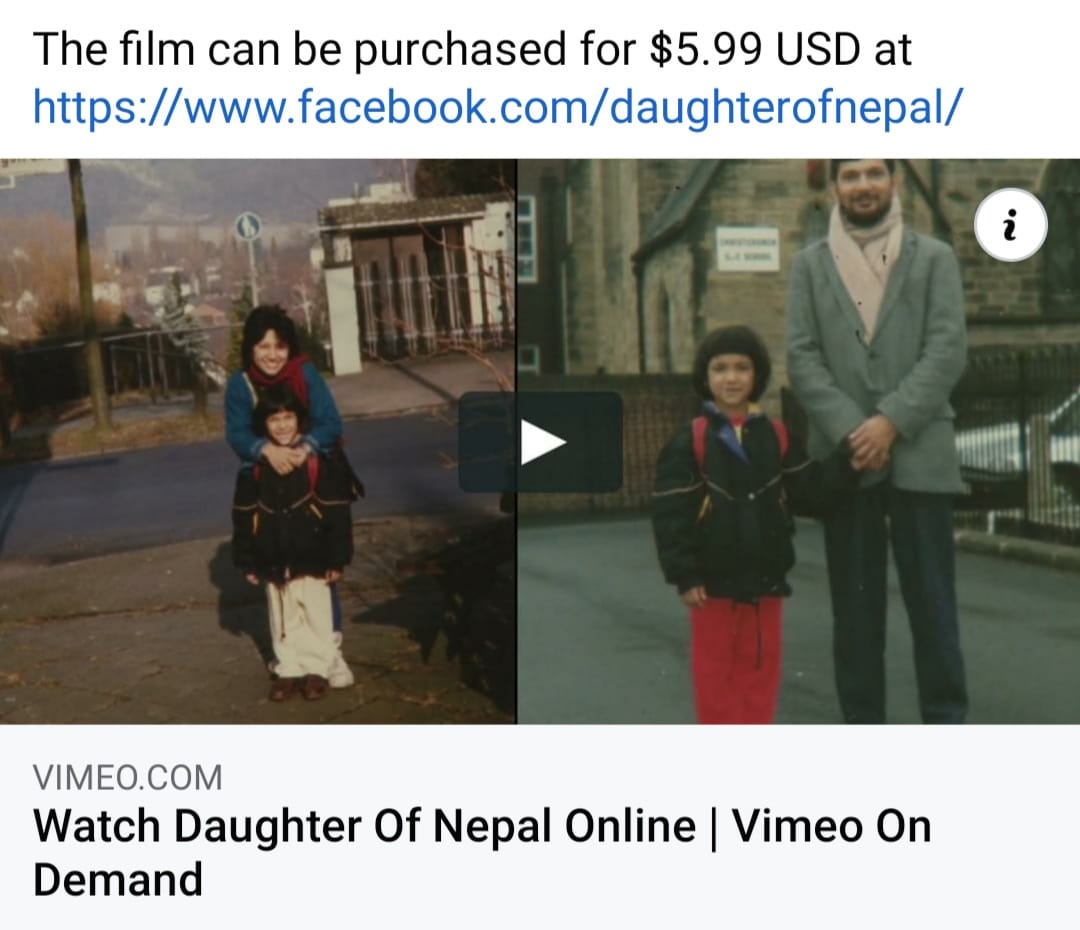 The film can be purchased for $5.99 USD at https://vimeo.com/ondemand/daughterofnepal

Daughter of Nepal’ is a poignant documentary that captures a rarely seen side of a revolutionary movement. The only daughter of two formidable political leaders of Nepal, Manushi Yami Bhattarai, was sent across the border as her parents prepared to go underground for a Peoples' War against the Nepalese monarchy. The film catches up with Manushi in 2009, soon after her return to the chaotic political scene of Kathmandu. A life in the public eye is new to her, yet it is something she has prepared for all her life. Despite growing up in the absence of her parents and her homeland, her future is intimately intertwined with them. She is determined to support her parents' political struggles and begin one of her own.

Nepal’s Maoist revolution from the inside
Hisila Yami’s new book gives us an intimate peek into events that shaped Nepal’s recent history
The Award winning film called "Daughter of Nepal" can now can be purchased for $5.99 USD at https://vimeo.com/ondemand/daughterofnepal?fbclid=IwAR3AmbtGj4MxTSskO8aKk0bJQ8l3s7RujayWzn9vzVCi3kma8TnQbmQau_4
This film is on Hisila's daughter.
https://lnkd.in/eEMSRHG
https://lnkd.in/es9X8cr
https://www.recordnepal.com/hisila-an-insiders-account-of...
Hisila's  book