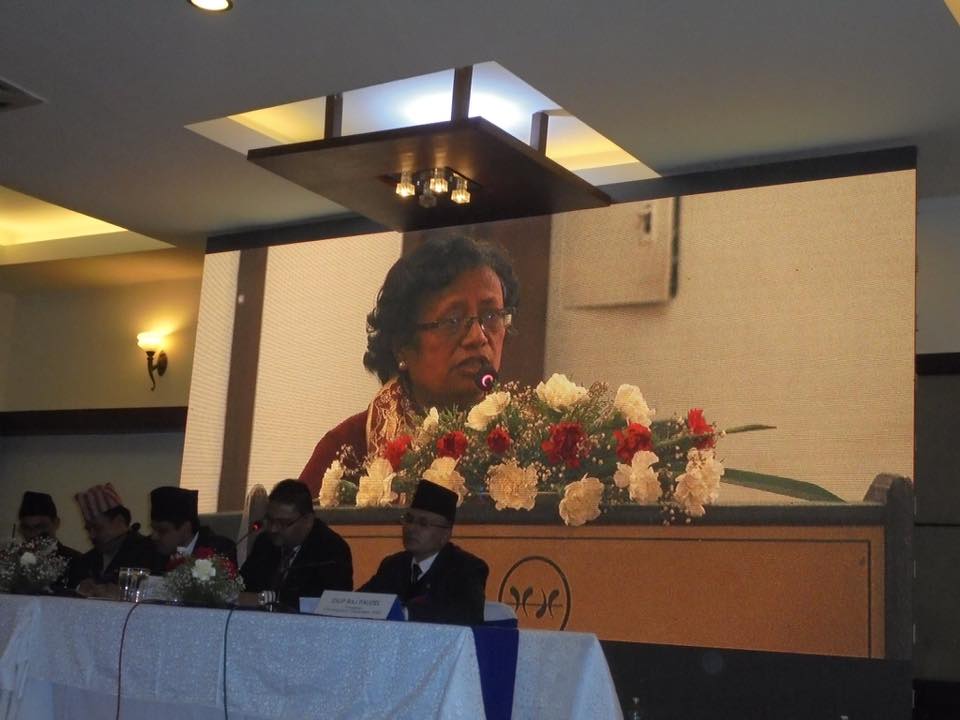 For making prosperous society citizens should engage people in innovation and entrepreneurship development.

Integrity is by far the most important attribute of a leaders who are promoting and driving the entrepreneurship development and public institutions.

No matter how educated, talented, rich or cool people believe they are, how they treat people utimately tells all. Integrity is everything. Society longs for leaders of integrity. Sadly what we often see is a greed, selfishness and a lust for power. Nepalese leaders are mostly fake ones as per the experiences expressed by senior citizens. Integrity is something that is built over time, not overnight. It can take years to build and be destroyed in one moment. Once trust is lost, it is hard to regain. Very unfortunately most of the Nepalese leaders lack such qualities.

Most of the senior citizens of Nepal above 80 years expressed that the deal-breaking behaviors used to be making employees of Nepalese institutions lose trust in their leaders because they were taking credit for someone’s work, blaming others and not standing up for your tea, false promises to get someone to do something, favoritism and being unfair, downplaying employees' accomplishments to make oneself look better, appreciating loyalty, hard-work and efforts of others, treating others poorly – not showing respect or empathy, micromanaging employees, not trusting them to do their job. Because of such unscientific practices employees and organizations could not perform together in the past. As per the survey in the present context even now such behavior patterns continue to exist. Nepalese institutions and personal development of people suffered so far because of unhealthy practices. Good honest and people with integrity simply perished under crook leaders. The process still is continuing. Youth forces should learn past lessons learnt by senior citizens. True facts of the past were never allowed to surface and new generations were given the contents of the narratives of the learning lessons written by crooks leaders. The siblings of people with integrity suffered and opted for migrating abroad.

Politicians are delivering lectures using the slogan of making "converting Nepal as a prosperous nation". However, these crook leaders without integrity and notion of nation and people. Their close associates having similar characters have grown richer and powerful. People with integrity are their enemies and are special targets. Many of such people have perished and many more will die with similar fate in coming future. Such valuable human resources are sidetracked and their contributions in development stream are minimized. They now control all the regulating government institutions meant for controlling quality and standards of products and services. These people have not allowed good practices to be implemented in institutions. The current youth forces should collect all the factual evidences specially from senior citizens, public service institutions, private service delivery institutions, analyze the data and relay the reports to general mass if they wand to create better future.

Need of strategic HR Metrics Data-driven HR starts by defining and implementing the right HR metrics. Metrics help determine the efficiency and impact of the workforce and the HR department itself. The Strategic HR Metrics software deals covering HR metrics, implement them and align them with institution's strategy so that non performing people can be isolated and retrained for their behaviors improvements along with improvement of institutional development.

If citizens of Nepal want to build prosperous nation then it is important to review the behavior science of the functioning of the existing decision makers who are at the policy levels, implementation and regulatory level. If the institutions need to be improved people engaged in such processes should be able to measure various influencing parameters and manage them. Public participation in policy design and monitoring is less owing to lack of availability and transparency of information in government’s policies and operations and absence of a strong legal system to protect the whistleblowers.

The software helps in extracting reports to determine which metrics are relevant to institutional strategic institutional service delivery or business goals and how to implement those successfully. Because of the practical applicability of the software, people will be able to immediately apply new skills in institution.

People don't leave bad jobs or responsibilities. They leave bad bosses or leaders. A lot of business leaders don’t even realize how closely they’re being watched by their subordinates. Their ability to influence is not just based on skill or intelligence; it’s based on trust and requires integrity, which is the foundation of real and lasting influence.

Leadership is about people. Your service delivery system or business is nothing more than the collective energy and efforts of the people working with and for you. An employee's relationship with their manager sets the tone for their level of commitment to the organization's success. Threats and intimidation only yield temporary results. You can't keep throwing your employees under the bus and expect them to give their all.

If you are not a person of integrity— your team won't trust you, vendors don’t believe you, and customers will not support your business.

People might tolerate a boring job or long commute, but they are more prone to leave if their boss treats them poorly. Many companies are struggling with low employee engagement. It all comes down to how you treat people. For loyalty, there has to be a relationship that develops between employee and employer and this develops over time through trust that gets built and sustained. Transparency, authenticity and walking the talk are essential for building trust. You can't buy loyalty, but you can certainly foster and nurture it by being a person of integrity.