History in a more scientific way. 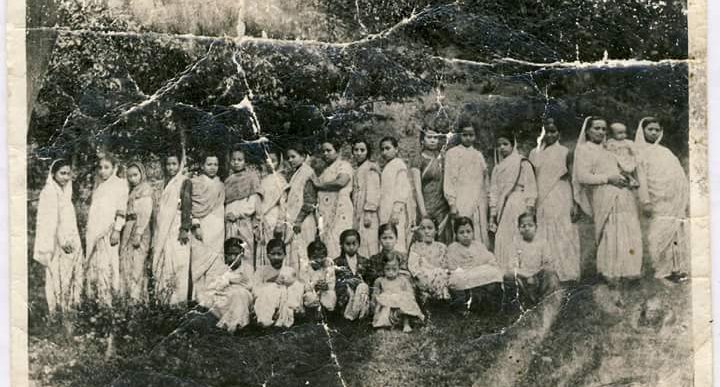 Historians change history and give it new interpretations by collecting biased views. Events have happened and cannot be changed even God himself cannot change the past, but historians are supposed to look upon past events in history from different angles according to their convictions. Education was banned those days during Rana regime and those who gave life for the freedom struggle could not express properly in writing. Detail contextual analysis has to be done. The researchers of Nepal are doing research based mostly on false data and false descriptions of the past. True facts are erased and false facts are highlighted. This becomes very unfair for those who gave life for this nation. The books released on women movement of Nepal need to be revised.

Historians are able to change history; that is to change the meaning of an event which occurred without changing the event itself. We need to look upon history in a more scientific way. Technology today has  power to capture, analyse and provide reports derived through the lenses of differect perspectives. For academicians of history department of Nepalese universities history is nothing but a mass social movements in which the events are only milestones. We loose valuable informations this way.

This country is remembered as a nation cursed by Satis. People tell us horror stories of "Sati Dhunga". The descendants of designers of such cruel system still continue to have grip over weaker section of the people. Nothing will come out of honest people's sacrifices. I have observed in the past the peer groups of my father fading away without the historical facts of their brave sacrifices being included in the history of Nepal. People who tried to reform traditional unscientific practices of social system and improve the governing system of the nation, sadly, remained in the minority and perished. Those class of people who suppressed innocent citizens lived and enjoyed corruption. Their ancestors appear to have perfected this art and handed it down to their future generations. Insane and incompetent people have mostly ruled people of Nepal. So corruption flourished. Corrupt people have become more powerful. Corruption will be further institutionalized in the land of Gautam Buddha. Citizens are speechless, powerless and have continued to keep quiet.

Education under the Shah kings was different from education in the culturally rich Malla period. Under the Shah rulers, education remained limited to performing Brahmin rituals and reading the alignments of stars and planets. Education seldom strayed into the exploration of the unknown and the adventurous. So in Nepal, the Brahmins remained ritualistic but were rarely learned. If in the past, prohibition against education for the general public was rooted in feudal power and the ruling class’ fear of people’s liberation, Brahmins’s fear against general citizen's  access to education has its roots in ritualistic. They were jealous and used to feel threatened by other ethnic communities having creative skills including self learning skills through life experiences who had explored through travels through silk road during trading activities of those days.  People with such enriched back ground were either eliminated or side tracked from the system. Enlightened families faced such tragedy and rulers saw to it that their contributions went unrecorded. Those Brahmins are unlike their Indian counterparts who had to confront Christian missionaries, British officials, and Muslim Mullahs without state patronage and monopoly. They had to take part in Shashtrartha (theological debates).

Senior citizens should not only be seen as dependents, they can still be economically independent. I interviewed large numbers of senior citizens of Kathmandu valley who belonged to excluded communities of Nepalese political power sharing structure. They told me that during their childhood days their ancestors were frightened of allowing children for seeking education out of the house for the fear of being tortured for carrying books and pens openly in public before the year 1951. How can uneducated excluded senior citizens of Nepal contribute in this nation with ZERO back ground in education during their childhood days ? Senior citizens are now a significant part of the population and with family care becoming weak.
Around 9% of Nepal's population of 27 million is 60 or overas per the information of some years ago. Majority of these senior citizens spent their life during productive period in the rituals which are based on folk lores, myths, spiritual practices and religion. Nepal has amazing rituals in practice like Kumari pratha, chaupadi pratha, Deukee pratha, bal bibaha, child marriage, polyandry marriage system. The social norms discouraged women as resources  and  didn't promote programs on empowering them. These people who ruled citizens indirectly seem to have engaged innocent citizens more on GOD fearing rituals rather than providing access to education. No wonder I see blank expressions on the faces of senior citizens.
The Rana-British autocracy ended in 1951. Under the Rana-British rule, between 1846 and 1951, access to education was confined to the higher castes and wealthier economic stratum of the population; the Ranas were opposed to giving education to the masses. General public used to be frighted to express their wish for getting educated. In the early 1950s, the average literacy rate was 5 percent. Literacy among males was 10 percent, while female literacy was 1 percent. Only 1 child out of 100 children attended school.
Large population of senior citizens of Nepal are uneducated because of the impact of under the Rana-British rule, between 1846 and 1951, banning access to education for general public. General mass didn’t have access to newspapers and media then. Every information was censored. These senior citizens never maintained valuable historical data and most of them are still not aware of the impotance of such valuable information special details of revolt against autocratic regime.

Most of Nepalese and Indian historians are not reliable. They start their mission to prove what fit to them and follow the instructions of the rulers who deputed them. Such documents are generated by  such biased people who are on mission to destroy the facts instead of showing true facts. Everybody lies. Ruling parties  lie. The media lies. It's a lie that should be discussed. Present day youth force should take keen interest on exploring the true facts of the past so that they can gain valuable knowledge from  the experiential learning of older generations. The contents in the brains of these aging population will vanish with time if we don't record them and publish them.

The current youth force are blind on true facts of contributions made by honest visionary leaders of the past whose records on contributions have been deleted from the historical documents of Nepal. No wonder students stopped getting enrolled in the history department of Nepalese universities because text books and books weitten by so called leaders of this nation are not based on true facts of the past. People should not be kept in dark. Now it's the time for the truth to come out. With evidence let's document the truth. The learning lessions of the past should not vanish.  This will help youth force to understand the past and prepare the future.

It's a age of technology so all the facts and figures have to be updated and made public. I am glad to see Google is making real progress in getting computers to look at language as more than just a bag of words, and these advancements are now making their way into its products. I do see communities working on translating books into foreign languages using Google translate and engaging experts to fine tine it to give a final shape. Poor people of Nepal now has hope to globalize their hidden talent by translating unique literature works of Nepal to reach international audience.

It is very unfortunate that Nepal government is not providing available volume of materials in order improve Google translate so that Nepalese society can improve learning from international scenarios. I wish I had sufficient budget to translate more than twenty books of my father in order to improve the Google translate and help open the eyes of rural areas of the world.

Facebook, Group mails and other Social Media brought older generation back together helping us reflect our past. Reunions of older gerations are certainly helping us recreating out past. The reunions gave me this opportunity be be back and socialize more helping me discover what I missed during days under our ancestors.